Matt Cutts recently said that Google was going to start penalizing for over optimization. It was somewhat abnormal for this to be said because Google doesn’t pre-announce what its plans are. Plus to boot, this was the opposite of the information he had previously released.

But again, as we struggle to figure out what Google’s next penalty is, it sometimes helps to stop and take a step back and think it through. When I think of an over optimization penalty I think there has always been one, its called spam.

Keyword stuffing would be one of the things that come to mind, and of course that should be penalized. Repeating the same keyword over and over has never been acceptable. Google over time has been lowering that number, but they never really penalized those old pages.  Those pages by 2012 standards would be over optimized.

Anchor text is another one. I often teach SEO and I talk about making links with anchor text and give ideas on how to do this in a way that is not “spammy”. Inevitably I get the guy that goes home and puts 70 links at the bottom of his page all with the same keyword in it.  This too was acceptable for a while but has changed, and now we alter how we make links.

There seems to be noise about the over use of anchor texts, so my assumption is that a penalty for over utilization is already in place or is in the process of being considered in a roll out.

Cutts cited these two examples calling them spam, but said in the same breath that there was not an over optimization penalty, but pages that don’t meet the proper criteria don’t rank well. Is that a penalty?

But here’s the thing I wonder, are they going to go back and get all the old pages. They talk about leveling the playing field, but in reality many who don’t know how to optimize over-optimize.  I guess my thought is as we move to needing fresh, new content on a website, are they looking at this to penalize the old stuff.

I keep coming to the same conclusion. It is all about good, fresh quality content. As long you are doing that, you won’t be penalized. 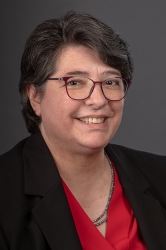 Beth Guide
President and Owner at SEO411
Principal Beth Guide started in the web design and hosting industry in 1997. In 2008 she formed SEO411 to add a specialized Digital Marketing Agency that is a well-recognized industry leader, SEO411.

SEO411 is a leader in Houston in both the Business and Entrepreneur space and the SEO and Web Design space.

Prior to doing web development, she worked for various news agencies in the North East. She has also worked as a freelance writer for PR agencies, helping companies like Dow Chemical work with disaster relief. Ms. Guide teaches Digital Marketing at the Small Business Development Center (SBDC), part of the University of Houston’s Bauer College of Business, HCC’s Center for Entrepreneurship,Lone Star College, Houston West Chamber of Commerce, Houston Northwest Chamber of Commerce and is often featured as on Fox26 as a technology expert.

Latest posts by Beth Guide (see all)
Link Building for Success
Panda 3.3 What is the change to how Google Evaluates Links?
Thanks for subscribing!

About Beth Guide and SEO411 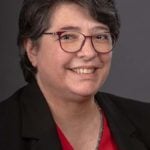